Talking about the Macy’s Thanksgiving Day Parade, This is an all-in-one parade for families—does not matter what your age is? You will simply find stunning performances, extravagant floats to mind-blowing balloons within the attractions of Macy’s parade.

MARK YOUR CALENDAR!
Thursday, November 24
Kicking off live from NYC at 8:45am ET
& on NBC or Streaming on
9am–Noon in all time zones

If you are one of the guys, who wants to attend this year’s 2022 Macy’s Thanksgiving Day Parade then, you should check out some of the important details before you go. Even, you will find everything related to your stay including your outfits, or clothes for your favorite parade here.

Get ready to celebrate the start of the holiday season with giant balloons, elaborate floats & loads of epic entertainment. Keep checking back for special announcements & more news.

Looking at the Date and Timings,

If you are thinking that there is a fee for attending and viewing the parade, then you are completely wrong here. All seatings and arrangements along with the route are on a first-come, first-served basis. It will be so much better If spectators bring their own chairs and blankets to enjoy the parade route from the spots. Because Grandstand seating is not open to the public. We will say, that If you are arriving as early as 4 a.m.! then, It will be better for you to find a good spot for the parade. Many families do the same as they camp out early in the morning. So, you are well aware of this fact.

As early as, you arrive at the destination as fast as you will find the Best places to sit. If you are coming with families then make sure to arrive early (around 6 a.m. ET). Now, the question is, where to come from exactly?

After looking at the previous year’s Macy’s Parade, the weather is absolutely unpredictable. And, the best thing you can do is pack and wear layers along with smooth outfits. Here’s a short list of things that you can try for the Macy’s Thanksgiving Day 2022 parade:

If you’re looking for a hotel with a view of the parade from your room, then you are at the perfect place to find out the list of hotels. Don’t forget to Check out these parade route hotels and hotel packages for the 2022 Macy’s Thanksgiving Day Parade.

Meanwhile, if you’re looking for Restaurants open on Thanksgiving Day 2022, then must check out the mentioned article for enjoying your favorite Food, Meals, Desserts, Side dishes and Cold drinks this Thanksgiving 2022.

Where is the best place to watch Macy's Thanksgiving Day Parade?

The 2.5-mile route has plenty of space available for public viewing, but make sure to get there early enough (about 6 a.m.) if you're hoping to score a spot closer to the street.

For some of the best vantage points, head to Central Park West after 72nd Street, and get there early. As it's at the beginning of the route, if you arrive after the 9 a.m. start time, you're likely to miss out on a good viewpoint for taking in the magnificence of the floats and balloons.

Further along the route, another great place to watch the parade is at Columbus Circle. However, the sidewalks are not open for public viewing, unfortunately.

The parade marches down Central Park West to 59th Street then head east to 6th Avenue and then south along 6th Avenue all the way to 34th Street and Herald Square (where Macy's Department Store is located).

What channel is the Macy's Thanksgiving Day parade on?

Where can I watch the Macy's parade on TV?

YES!
Like last year, NBC is the official broadcaster of the 2022 Macy's Thanksgiving Day Parade. CBS will also show the parade on their network, hosted by the crew from Entertainment Tonight. If you're in New York (or nearby), you can also go watch it in person.

How can I watch the Macy's Thanksgiving Day parade this year?

NBC is the official broadcaster and host, so you can watch on the network's TV channel, website or through its app. CBS also televises the parade with its own hosts. Whether through NBC or CBS, you can also stream the parade through a variety of subscription services.

Where can I watch the Thanksgiving Day parade 2022?

Viewers nationwide can see the parade live on NBC and streaming on Peacock starting at 9 a.m. ET on Thursday, Nov. 24

How can I watch the Macy's Thanksgiving Day parade in NYC?

No tickets are required in the public viewing areas. Organizers suggest the best place to watch the parade will be along 6th Avenue from West 59th to West 38th streets.

Can you watch the parade on TV?

If you have cable (or a digital TV antenna like this one from Amazon), you can watch the parade on TV through your local network NBC affiliate.

Can you watch Thanksgiving Day parade for free?

Can I watch the Macy's Thanksgiving Day parade online?

NBC is the official parade broadcaster, featuring the Today Show crew as hosts, so you can stream the parade via the NBC App for iOS or on Android devices (you'll need to link to your TV provider).

Do you need tickets to see the Macy Thanksgiving Day Parade?

How long does the Macy's parade last?

The #MacysThanksgivingDayParade is underway amid frigid temperatures that may pan out to be New York City’s coldest… https://t.co/qnetf6JKbG 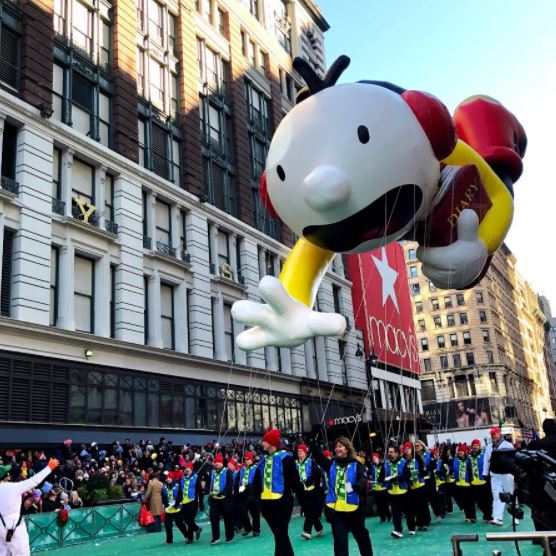 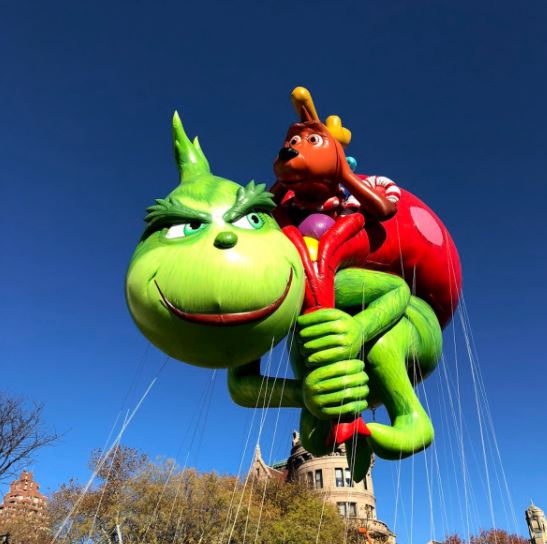 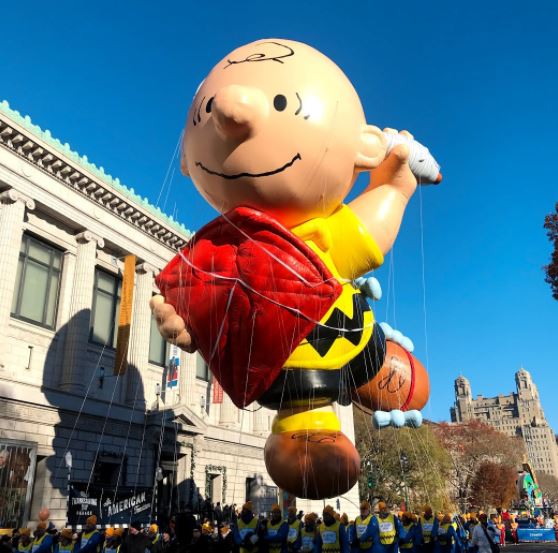 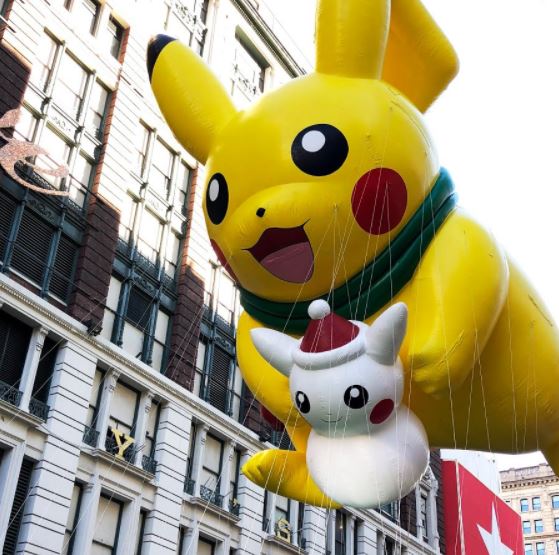 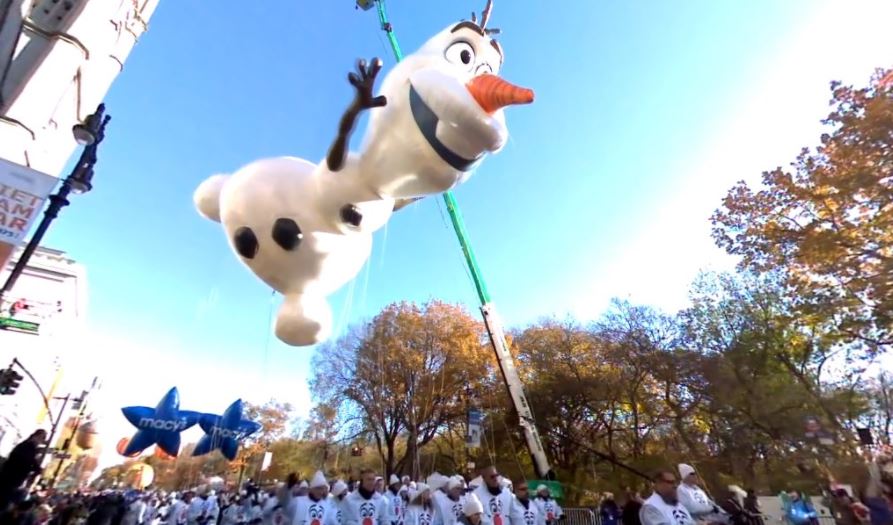 Here’s everything you need to know before the 2020 Macy’s Thanksgiving Day Parade.

How to watch the 2020 Macy’s Thanksgiving Day Parade

How to watch the 2020 Macy’s Thanksgiving Day Parade

Which Float Will Be the Craziest?

How About the Balloons?

The parade route kicks off from 77th Street and Central Park West and will proceed downtown along the 2.5-mile route to the Macy’s flagship store at 34th Street and Sixth Avenue. The parade will be broadcast nationally by NBC and will be available via live streaming via NBC Live and the Verizon YouTube channel.

If you would like to watch the big event but you don’t have cable or can’t get to a TV or the above live stream is not working for you, there are several options for you. Let’s start with watching NBC online. You can watch NBC online, on your phone or on another streaming device like an Amazon Fire TV or Roku via one of the following over-the-top, cable-free, live-TV streaming services.

Keep connected with us for more live Images and Pictures from the Macy’s Parade 2020!

This site uses Akismet to reduce spam. Learn how your comment data is processed.

Must Check Thanksgiving Day Parade and Winter Essentials for you!